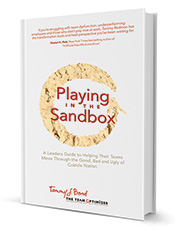 Do you ever wonder how the really great ideas come to be million dollar inventions? Or, how some leaders appear to have the golden ticket for getting the right team members to get the win? I have pondered these things for many years.

If you are like me, you have had an idea, drawn it out, envisioned what it can do to transform the world or make life easier for someone only to have your idea go on the shelf. A few years later, that very idea is now making someone else millions of dollars! And yours is still on the shelf.

Perhaps you have been on a team with some really great people and have collaborated on ideas simply to have the boss come in and put the breaks on your work–to postpone your initiative. A few months down the road, one of your colleagues is getting recognized for the whole idea and the promotion to go with it. What a potentially demoralizing situation.

So then, how do you take your idea and make it sail through the ranks of checks and balance, strategy and status quo?

It’s requires what I call 4 Components to Success and a Win!

1 Part Invention. This is where the model is birthed and the strategy is developed. This is the foundational element without which you cannot sustain momentum for very long. It is a critical element, but only 1/4 of the formula.

3 Parts Inspiration. This is where dreams are made and realized. This is the factor that keeps the whole wheel moving, even when times get tough. It is the vision married with the dream and neatly wrapped with the heart of your people. This element is also the one that more often than not we give up on due to fatigue, fear or frustration.

One of my favorite definitions of the word inspiration is “a divine influence directly and immediately exerted upon the mind or soul.” Notice the word “immediately” – not shelved or postponed. The influence of the idea is to be immediately executed.

You see, when we are working within a team, we want to capture brilliance at it’s peak. Because that is when the highest amount of intensity is adhered to the idea. The two are not separate at the moment. Just like Inspiration and Innovation – they are conjoined and not meant to be separated to stand alone.

Inspiration is the largest component to any success. It is what gasoline is to an automobile – if you run to close to empty your drive will end. You must fill it’s tank with fuel that keeps you moving toward the goal.

Your model is your invention. It is the launching point. Your team needs it to know where to channel their work. It is also a required element to your success–but not the largest element.

Think back to that one idea you wish you would have pushed the go button on. That one idea that you put on the shelf only to have someone else pick it up and execute it. And now they are basking in the glow of success.

What stopped you? Was it your model or was it your inspiration? Perhaps it was a little of both.

Every great invention has the same 4 components to success. And every great team does as well. Take a look at the Oklahoma City Thunder who are currently in the 2012 NBA Finals for a clear and compelling example of the four components to success. An invention put together because of a dream, the inspiration of the collective whole to keep pushing, even when people said it couldn’t happen. That inspiration took them through to the Finals and the rest as they say, is history.

As Vincent Van Gogh so aptly put it “Do not quench your inspiration and your imagination; do not become the slave of your model.”